Last Friday I had the opportunity to participate in the Music Tourism Convention, an event organised by consulting firm Sound Diplomacy in Liverpool.

The event gave me a great opportunity to meet many interesting people involved in the promotion of music tourism around the world, from national and local tourist boards to consultants and other startups, and hear about their experiences, the challenges they face and their plans for the future.

While great culture in general is a massive "people mover", music in particular is a crucial element in determining the attractiveness of a destination. Many surveys from different sources have regularly highlighted how access to great live music events is consistently one of the top reasons for people to choose a destination to travel to. Andrew Stokes from Visit England/Visit Britain confirmed this telling the Convention's attendees that 40% of culture tourism to the UK is in fact music tourism.

There is, however, also a lot of talk in the travel industry nowadays about over-tourism and the need to ensure that instead of depleting local resources (and pissing off locals) for the benefit of a limited group of people and interests, tourism becomes a positive force for change that benefits the entire local community.

Music tourism has an important part to play in making tourism more sustainable, and this was the topic of an interesting presentation by Jeannette Varela Calabria from the Netherlands Board of Tourism and Conventions (NBTC).

However, music is such a huge phenomenon, full of variety and in constant flux, naturally adverse to being categorised and put in boxes (ask anyone who has to try to put "genres" labels on records and artists). How we then define "music tourism" has incredibly important implications on its ability to drive change and ultimately deliver on all these promises.

The number of people that travel to Liverpool has been growing tremendously over the past few years. For a large percentage of these, the main reason to visit is their passion for The Beatles. The local authorities are very proud of the legacy of the Fab Four and have been very active in supporting what has quickly become a very profitable business for the city (according to a study commissioned by the City Council, it has a net impact of close to GBP 100 million a year).

The Beatles, however, released their last album almost 50 years ago. A more accurate way to describe "music history tourism" that has probably more in common with the pilgrims visiting St. Peter's Basilica in Rome than with supporting the local music scene and presenting it to a broader audience.

Highlighting the distinction between "music history tourism" and "live music tourism" helps surfacing the very important question of how much of the money that "music tourism" generates really spills over to the artists and venues that make up the local live scene today (to be fair, the city of Liverpool is very aware of this challenge and is actively looking for ways to develop its "music tourism" beyond the Beatles).

Many great grass-root venues (like The Kazimier that came to share their experience at the event, or our friends at Plan B in our hometown Malmö) tend too often to face a very Kafkian reality.

On one side, they are the place where all the cool new music develops and they are in many cases used (often without them even knowing about it) in tourism marketing to highlight the "coolness factor" of their city. On the other hand, these venues regularly struggle with local regulations and lack of understanding and support from local authorities that make it harder for them to stay in business and continue to support the local music scene. If against all odds they still manage to survive, their success can eventually sow the seed of their demise, as the derelict areas where they start off thanks to cheap rents become fashionable and more gentrified. Ironically, the marketers that love to put them on billboards and the officials that want them closed often work for the same organization, but rarely talk to each other.

"Music history tourism" remains an important and extremely interesting way for a city/region to share its legacy with the world, as long as it is part of a much broader "music tourism" strategy and cannot be the entire strategy.

If we are serious about achieving the sustainability goals that we are setting for music tourism, then now more than ever the path to success lies in promoting "live music tourism" (and more in general, "live cultural tourism") and making sure that out-of-town visitors can easily discover the local music offering. When done right, it creates a virtuous circle where everybody wins:

I was very impressed and inspired to hear how the city of Fort Worth in Texas is thinking outside of the box and turning what can easily become too much "conversation" into a little more action. They took money out of their marketing budget (i.e. the money they were giving to Google for ads) and they are now using it to give grants to local artists to go tour the world. It is an extremely smart way of providing concrete support to the people that make the local music scene vibrant and attractive and that most times are also the last ones to get paid. It is an even smarter way to tell the world "we have amazing artists, and there is a lot more where this came from!"

Activities like the one in Fort Worth are, however, naturally small-scale and very labour-intensive. In general, when it comes to live music tourism going from idea to action in a scalable way has historically been a very complicated and frustrating endeavour, for a number of reasons:

GigsGuide was born out of our own incredible frustration with all the things listed above... It annoyed us so much that we decided we needed to do something about it (in the end, "how difficult can it possibly be? :D").

We ended up building a system that tries to address all these issues.

What we have built so far is not perfect and by no means "complete", but with a coverage of over 100 thousands events spanning a large chunk of Europe and North America it already has the magic power to give serendipity a gentle push and help more travellers experience the pleasure of discovering new artists while also making a positive contribution to supporting the live music scene of the city they visit.

Furthermore, it can also become a powerful instrument for less-known cities with a great music scene to attract visitors that had never thought of travelling there, but that given the right excuse in the shape of a concert they don't want to miss might also end up falling in love with an hidden gem they'll want to come back to (and tell all their friends about).

So if you are a travel brand or a tourist board curious to see how "live music tourism" can turn you into your guests' hero and be a force for positive change, get in touch! We'd love to share some of our crazier ideas with you ;). 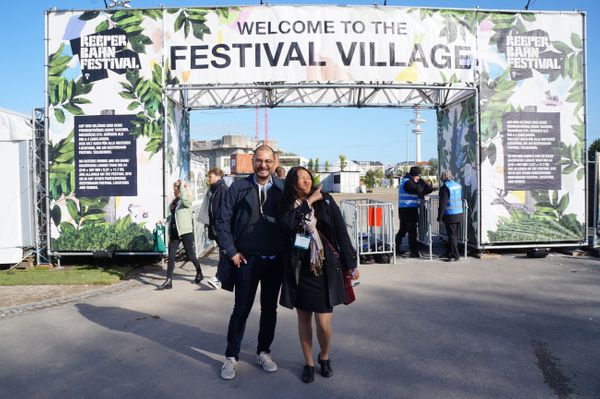 The GigsGuide team has been spending a lot of time in Hamburg for the Music WorX accelerator. Read our latest update (and our top musical moments at Reeperbahn Festival 2019!) 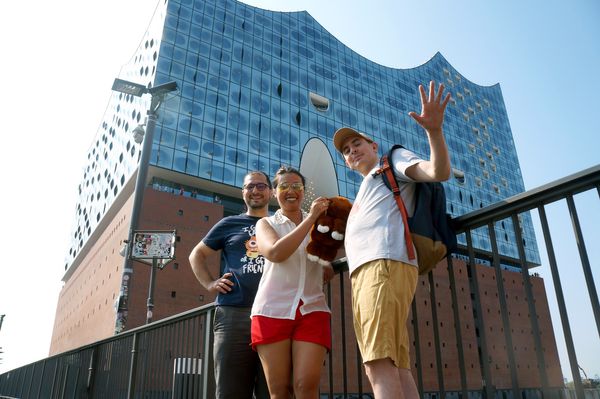 GigsGuide has been selected for MusicWorX, the program for innovative music startups of the the Hamburg Kreativ Gesellschaft.

Ground Control
—
Give LIVE a chance! Notes from the Music Tourism Convention
Share this