This week we continue our series of posts on great concerts to see in 2020 by welcoming our first guest blogger, Maria Sara. She is the sister of our CEO Francesco and a massive music nerd (it runs in the family...).

In the past few years, I discovered the enormous pleasure of traveling alone.

I visited Lisbon and Vienna, and many other beautiful places all by myself, taking my time without any pressure, just steering according to my interests and going where my gut told me to go.

This longing for "quality me-time" also took over for some amazing concerts I decided to attend alone last year, partly because the artists at hand – Glen Hansard and Ivan Segreto – were unknown to my friends (they tend not to join me sight unseen… How can I make them understand that’s the way you surprisingly can discover wonderful new music?! Mmeh :/), but mostly because I wanted to feel part of the shows with that thrilling emotion that makes you say: "This is ALL for ME!" (just because, as you don’t know anyone in the venue, you don’t need to share comments on each song or take pictures to be posted on Instagram tagging each other -.-").

So, my plan for this new year is to go further with my musical self-pampering, combining trips and gigs in Italy and – why not? – in the rest of the world.

Here is the list of the artists I am going to see or that I would like to see live in 2020!

I could tell a funny story about #Busic (the concept Francesco invented to describe the practice of mixing a business trip with an amazing live music experience) related to this artist.

Well, actually the business trip was the one I make by train every day to get to my workplace in Rome (does it count? :P) and the concert took place last January 30th in a jazz club which is about 20 minutes’ walking from the office.

Ilaria "Pilar" Patassini is one of my favorite female singers on the Italian music scene, her voice is astonishing for its versatility, floating from soft and tinkling sounds to powerful and soaring vocals.

Pilar frequently sings around Europe and North America, but luckily the next couple of gigs are going to be in much more convenient locations. And if I don't want to wait for her concert on March 21st in Rome I can always take a quick road trip on March 6th to Terni, in the south of one of Italy's nicest regions, Umbria.

I have to say "Thank You, GigsGuide" for introducing me to this guy.

J. M. was, in fact, one of the performers that the GG team discovered at the Reeperbahn Festival last September.

After reading the story of his concert in Hamburg, I was keen to listen to his album Horizon. I immediately fell in love with his voice and his style!

The lyrics of Second Hand Lover, Shake Up This Place and Colors (just to name three) got stuck in my head for many days!

At the moment, Jeangu is only touring in his own country, The Netherlands, so an option could be to go see him in Groningen on April 24th.

But Jeangu is also representing The Netherlands in this year's Eurovision Song Contest (Rotterdam, May 12th– 16th), so I am definitely supporting #TeamJeangu and hoping he wins... and then goes on a massive European tour :).

I have been listening to this band since I was a teenager.

The first chords of their song Painkiller have the power of giving me an immediate sense of  lightheartedness.  I like the "open" sound of their guitars and the way the voices of the duo Knights and Paridjanian intertwine… I would love to be the third in harmonizing their choral parts!

This year, Turin Brakes are performing all over England with an acoustic tour, so I am quite spoiled for choice.

If I have to pick up a date, it would be March 11st in Banbury, as it is close to the city where my brother Giampaolo lives, so it would be an excellent excuse to visit him too.

Those of you that follow GigsGuide on social media might remember my trip to Malmö to attend a 6-hours choir-festival with Francesco last October.

Well, choir singing is one of my biggest passions, and for choir singers the Tallis Scholars are part of "the singer's Bible".

Alongside the King's Singers, the Tallis Scholars are the greatest a capella performers, especially for Renaissance sacred music.

Both groups were founded between the end of the Sixties and the beginning of the Seventies and their members have changed throughout their long story.

One of my favorite performances by the Tallis Scholars is the "Miserere" by Gregorio Allegri... just perfect!

While I have already seen The King's Singers a few times at Parco della Musica in Rome (a great experience: they have the magic power to literally hypnotize the audience with their crystal clear voices and precise harmonizations), I didn't have the chance to see the Tallis Scholars live when they came to Rome.

So, this year I could fly to Poland for Easter holidays and attend their concert in Gdańsk on April 9th.

The first time I listened to this artist I was in my car, tuned on Radio Antenna 1, one of the best radio stations in Italy, thanks to whom I discovered many singers and bands that are now pillars in my daily playlist.

- There are nine-million bicycles in Beijing.
That's a fact,
It's a thing we can't deny,
Like the fact that I will love you 'til I die. -

turned on my curiosity, I thought like “How did it come to her mind to compare the bicycles in Beijing with love?”, but that was quite original and I continued listening, really appreciating that sort of Chinese atmosphere in the arranging.

I don’t know much of Katie’s production, so I would seize the opportunity to better know it next October 14th in Frankfurt, where I am planning to go to attend the Frankfurt Book Fair. Considering I work for a publishing house, this definitely qualifies as a proper #Busic trip!

Well, I started this post like a "solitary spirit" manifesto, but let me just say that I love to be in good company and share experiences with motivated people too (no time wasters, please! :D).

Concerts are part of the quality time I like to spend to recharge and make new friends (I am not that shy, luckily!). So if some of the gigs I suggested tickle your musical taste, get in touch!

Do you also want to share your best concert tips with the GigsGuide music travellers support group blog's readers?

Then give us a shout! 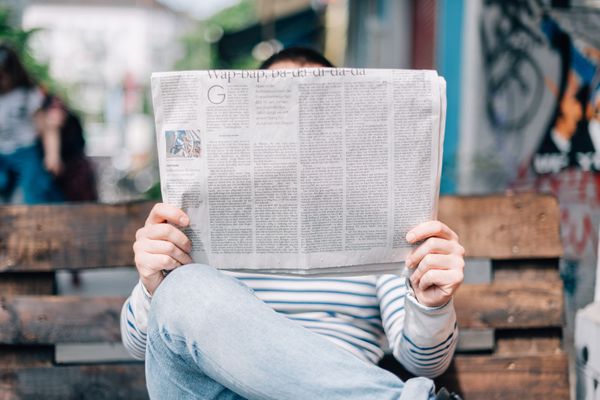 City pages, personalized newsletters and more. GigsGuide users have definitely more fun... Get a free account today and have more fun too!!

The new city pages make it easy to keep track of the coolest gigs wherever you go. They are also a great opportunity for City Promotion Agencies to do something great to support their local music scene.

Ground Control
—
Fly me to the... music!
Share this