Since Corona took live music and traveling away from us, we have been listing "virtual" live events here on GigsGuide.

In the last 8 months we have listed almost 10.000 live streaming events. Virtual events are nowhere near the real thing, but they do offer the opportunity for music lovers to give unknown artists from all over the world a chance, and maybe discover a new favorite to love. We hope that our work can help people stuck at home find at least some relief in music.

In these months, we have discovered new amazing artists ourselves and shared our best tips on how to promote virtual events in the best possible way.

If you follow us on Facebook or Twitter you might have also seen that we have been sharing our tips for interesting virtual events pretty regularly. But social media posts often get lost in the flood of updates, so we have now decided to also start collecting our top tips here on our blog. Many live streaming events often remain available for viewing also after the event is finished, so hopefully this format makes it easier for our followers to enjoy great shows even if they have missed them when they were "live".

This post is the first of this series. To make it even easier to quickly check out our suggestions we are even starting to put together a Spotify playlist with all the artists we are recommending (you find it at the bottom of this page ;)).

As live streaming events often get announced only few days (sometimes hours) ahead of time, we plan to keep updating this post with new suggestions during the month. So bookmark this page and check back in regularly.

Join The King's Singers' Out of Darkness concert, highlighting a new season of hope after this difficult time of struggle. The show will feature music by Tallis, Gombert, Debussy, Michel Legrand, Ned Rorem and Jacob Collier.

Johnny Orlando is performing from Toronto's Danforth Music Hall as part of the It's Never Really Over virtual world tour on Moment House.

Join Todd Snider today at The First Agnostic Church of Hope and Wonder.

Dublin based singer-songwriter Emma O'Reilly is delivering one of her powerful and uplifting shows tonight. Her music marries the fun of pop, the power of R&B and the beauty of classical music into a catchy, truly original sound

American singer and song-writer Ezra Furman is performing from the stunning Museum of Fine Arts in Boston.

Icelandic indie pop band Of Monster And Men are joining "Morning Coffee with the Nordics" for a chat about the North-European music scene.

Check out Byråkrat, the new musical project by Martin Roos (in a previous life, one of the guitarist in Swedish rock heroes Kent), who started it from the urge to create instrumental muzak for his office.

In KYLIE: INFINITE DISCO, Kylie Minogue will take fans through a parallel universe from solitary isolation to an alternative euphoric dance-floor community of togetherness.

American singer and songwriter Halsey presents "I Would Leave Me If I Could" Live Stream Moment, hosted by Moment House.

Queens of the Stone Age will broadcast previously unseen live footage from MONA - Museum of Old and New Art, Tasmania, in aid of The Nick Alexander Memorial Trust and Life for Paris charities, to mark the fifth anniversary of the terrorist attack at The Bataclan.

With his song ‘Think About Things’, Icelandic singer Daði Freyr gained an army of fans and went viral on a stratospheric scale. Join his performance at 'Live from Reykjavík'.

Mike Skinner and The Streets are delivering a theatrical spectacle from London’s EartH in Hackney: None Of Us Are Getting Out Of This Live Alive.

Scottish alternative blues guitarist & songwriter Dave Arcari is performing an acoustic set of covers from artists that influenced him when he started playing guitar busking on the streets of Glasgow.

Luca Aquino Trio is performing at Roma Jazz Festival together with French drummer and songwriter Manu Katché, turning the stories of great boxers, such as Primo Carnera and Muhammad Ali, into music.

English band Right Said Fred is playing at 'That Was Then... This Is Now!',  a new and innovative Online Streamed Music Show, featuring huge acts of the last sixty years with exclusive live studio performances filmed in the highest visual and audio quality.

Inimitable poly-talent Tim Minchin will perform his new album, Apart Together, in its entirety in a one-off concert to be streamed from Sydney’s iconic Trackdown Studios.

English singer and songwriter Nick Howard is delivering his first Tea Time show: a nice way to connect and take your mind off of the craziness of this period for a moment!

Banjo player, songwriter and rock & roll singer Curtis Eller welcomes you to the third installment of his weekly livestream series.

Danish singer Tim Schou is delivering his last online show of 2020 on StageIt. Don't miss it! 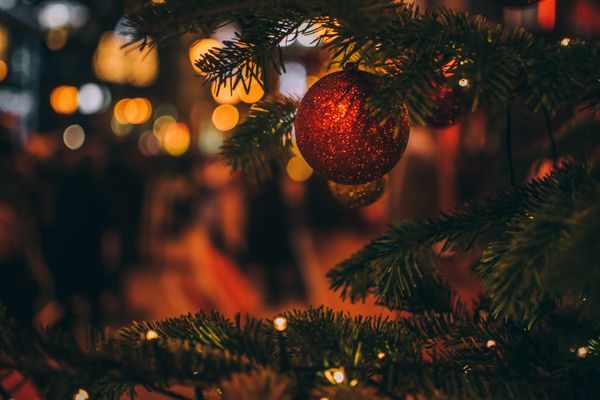 New month, new list of recommendation for great livestreaming events you should not miss in December! 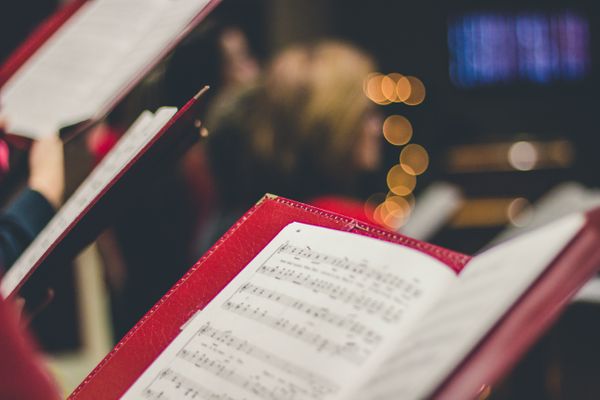 Corona might have suckerpunched live music hard, but we don't give up so easily. Our Social Media Manager Maria Sara shares her experience of how "virtual" choirs have been keeping the beat alive even during lockdown.