Many years ago, one of my favourite Italian bands* wrote a song entitled "Lo Sciopero del Sole", which can be roughly translated as "the Sun goes on strike".

One day the Sun, tired of constantly being taken for granted, mistreated and neglected, decides to go on strike and stops shining.

Only too late do the people realize that with the sun now gone, they are no longer able to get a nice tan and enjoy their summers by the seaside. But by then it is too late: there is no amount of money nor desperate pleading that can get the sun to reconsider its decision.

While the original spirit of the song was distinctively "environmentalist", it is also a strong memento of how we often do not fully appreciate the things we have until they are gone for good.

The allegory it paints has often come to my mind in the past months as I witnessed the hardships that culture workers - and the live sector, in particular - have had to endure throughout this pandemic.

Covid is not killing Culture. Poor political leadership is.

Admittedly, Culture was far from being the only sector affected by lockdowns and paying a heavy price in terms of lost revenue and jobs.

Culture workers were, however, the only ones actively invited by politicians "to get a real job". Highly skilled professionals, artists, musicians, technicians, crew members, many with years of training and experience, treated like lazy teenagers reluctant to grew up.

In the UK, the same politicians that were ready to leave the Brexit negotiations over a couple of shrimps, could not be arsed to find a solution to let artists tour in Europe without the need for complicated and expensive visas.

In Sweden - where I am based - one of the most embarrassingly incompetent governments this country has ever seen has spent the last 12 months mostly hoping things will work out on their own, eventually.

In a time where the entire economy needed swift and decisive action and immediate support, the government did very little to facilitate access to unemployment benefits and special funding for small businesses and freelancers - many of them culture workers. Also in this case, the not-so-subtle underlying message was the same: "get a real job!"

Complicated application processes and extremely long assessment and pay-out times are a clear witness of the priorities set by the Finance Minister Magdalena Anderson: it is better for 100 good businesses to go belly up if it stops one "cheater" from getting funds they are not entitled to.

In a perfect "Let them eat cake" moment, minister Per Bolund recently suggested that freelancers and business owners struggling to survive should apply for bank loans while they wait for their relief applications to be paid out in a few months.

Meanwhile, last October - right as the second wave was forcing new restrictions upon us - the Nordic Council (the main forum for official Nordic co-operation, which involves Denmark, Finland, Iceland, Norway, Sweden, the Faroe Islands, Greenland and Åland) decided to send a clear signal and cut the budget dedicated to support cultural projects by 20%.

But the story is exactly the same in pretty much every other country: artists, culture workers and cultural spaces are drowning, struggling to overcome a general lack of understanding and support.

In Italy, independent live venues have lost over 50 million Euros in revenue due to the past 12 months of lock-down. 49% of them are unsure whether they will be able to open again once the restrictions are lifted.

They paved paradise and put up a parking lot

The pleasure and happiness that music, the arts and culture in general bring to people are priceless. Just like the warmth of the sun shining over our heads, their value cannot be reduced to simple pounds or euros.

This, however, does not mean that Culture is worthless.

In Sweden, a recent report by Invest Stockholm highlighted how:

Live music alone is worth over 1 bln GBP to the UK economy. The entire music sector as a whole is well over 5 billion GBP - or if you prefer, quite a lot of shrimps.

Yet, according to a recent poll on COVID impact conducted by the Musician’s Union, the support measures enacted by the government so far are missing 38% of professional musicians, and a large percentage of them are considering giving up on their career for good.

The Music Venue Trust - like many of their counterparts all over Europe and North America - has also been fighting valiantly and relentlessly for a year to make sure grassroots live music venues get the support they need to survive the coming months.

There is a light that never goes out

The good news is that things seem to be finally moving in the right direction: many governments are finally announcing new initiatives and additional funding being earmarked specifically for the cultural sector.

Nevertheless, the risk of losing a significant part of our theaters, clubs and skilled cultural workers for good is still very real. While some countries are starting to talk about a possible "return to normal" (whatever that means) by the summer, nobody really knows for sure whether that will really happen, nor whether venues, festivals, culture workers have enough steam left to make it to the summer.

In London as in Rome, Stockholm, Brussels, Washington D.C. and in every other city, we need to keep the pressure high on our decision-makers so that:

This latter point, in particular, is crucial. In many cases - like with the $15 billion relief fund for the live events industry that the US Congress decided upon at the end of last year but that has yet to start accepting applications and lacks a clear timeline - uncertainty, confusion and delays are threatening to render all these efforts completely useless, just when we thought we were finally in the clear.

The song "Lo Sciopero del Sole" does not have a happy ending. With the Sun now gone for good, a "miracle" salesman is quick to come to the rescue. "No worries!" he calls from the TV to all the bleak, disillusioned people, "Pay up! You will all get a brand new Sun. One made of cardboard!"

I sincerely hope that we won't have to face an equally grim reality once we finally get out of the dark tunnel we are in. We still have a chance to show the culture sector the appreciation and support it deserves, for the value it creates for our economies and for the joy that it brings to our hearts.

* As if we needed more bad news, just a couple of weeks ago the author of the song, singer and soul of Bandabardò, Erriquez, passed away. Some of my finest live music memories are connected to this band, and knowing that I will never get to see them play live again makes me extremely sad. 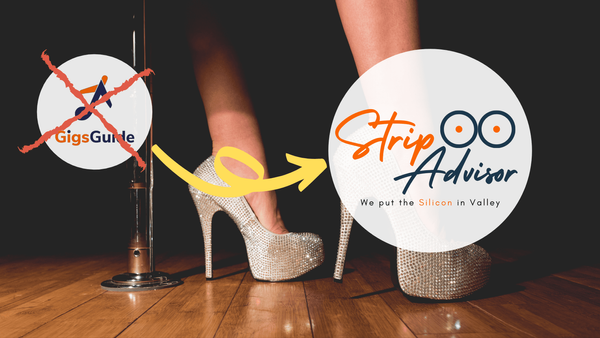 Live music and culture are for losers, so we are pivoting to something more lucrative. Join our NFT Auction today!

A cheeky Valentine's day blog post to help all music lovers find the perfect virtual concert to enjoy together with their darlings!

Ground Control
—
The Sun goes on strike!
Share this