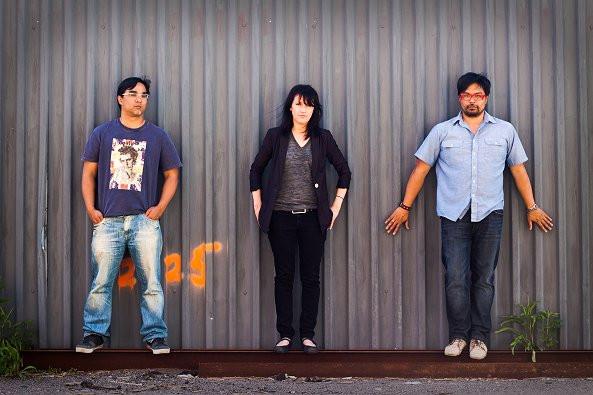 Versus is an American indie rock band formed in 1990 by Richard Baluyut, Fontaine Toups, and Edward Baluyut in New York City, United States. Richard and Fontaine were to remain the two core members throughout the band's history. The band was noted for their marriage of indie pop songwriting and vocal harmonies to the "loud-soft" dynamics of grunge and alternative rock. They were also noted for their proficient and disciplined musicianship and for their credo of "meat, sports, and rock", none of