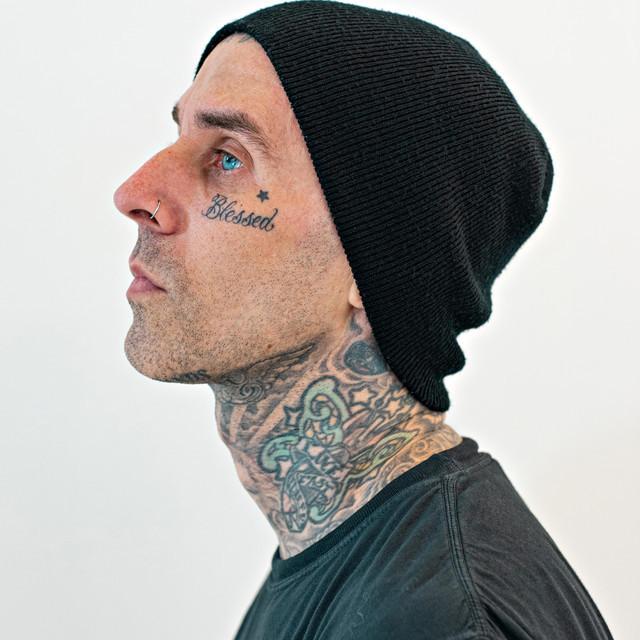 Travis Landon Barker (born November 14, 1975) is an American musician who serves as the drummer for the rock band Blink-182. He has also performed as a frequent collaborator with hip hop artists, is a member of the rap rock group Transplants, founded the rock bands +44 and Box Car Racer, and thereafter joined Antemasque and Goldfinger. Barker was a frequent collaborator with the late DJ AM, and together they formed TRV$DJAM. Due to his fame, Rolling Stone referred to him as "punk's first superst