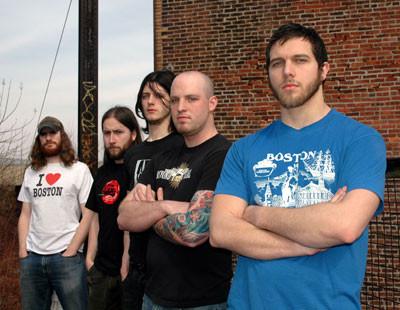 The Red Chord is an American metal band from Revere, Massachusetts, formed in 1999. The group comprises vocalist Guy Kozowyk, guitarist/vocalist Mike "Gunface" McKenzie, bassist Greg Weeks and drummer Jon Rice. The band gained a fanbase with its 2002 debut album Fused Together in Revolving Doors. The second album, Clients, was released in 2005 and sold over 50,000 copies in the U.S. They released their third album, Prey for Eyes in 2007, which sold between 4,000 and 5,000 copies and debuted at N