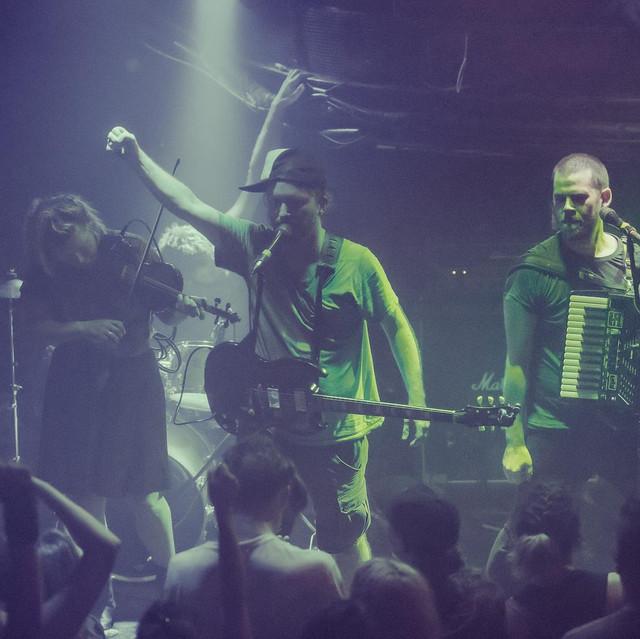 The Dreadnoughts are a Canadian 6-piece folk-punk band from Vancouver. The band combines a wide range of European folk music with modern street punk. The band has six full-length albums and three EPs on various labels, and has played around 500 shows in around 30 countries. They also perform frequently as a traditional polka band at polka festivals, under the name "Polka Time!". Their performance peak was in 2010, when 180 shows were played.