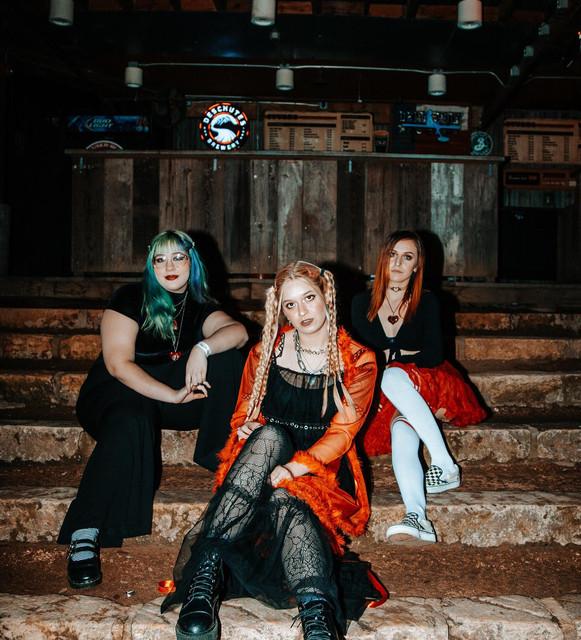 The Aquadolls are a psychedelic surf punk band formed in Los Angeles, CA, USA in 2012. Founded by Melissa Brooks, The Aquadolls started in January 2012. The current lineup is Melissa Brooks on vocals/guitar, joined by Ryan Frailich on vocals/guitar, Josh Crawford on bass, and Colin Moore on drums. The Aquadolls songs put forth “trip out” sorta vibes, as well as quite aggressive ones. A lot of our songs are about love, opening your mind, hating being a teenager, and even wanting to go Britney