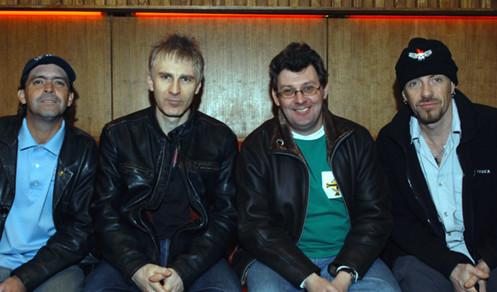 Stiff Little Fingers are a punk rock band from Belfast, Northern Ireland. They formed in 1977, at the height of the Troubles. They started out as a schoolboy band called Highway Star (named after the Deep Purple song), doing rock covers, until they discovered punk. They were the first punk band in Belfast to release a record – the "Suspect Device" single came out on their own independent label, Rigid Digits. Their album Inflammable Material, released in partnership with Rough Trade, became the f