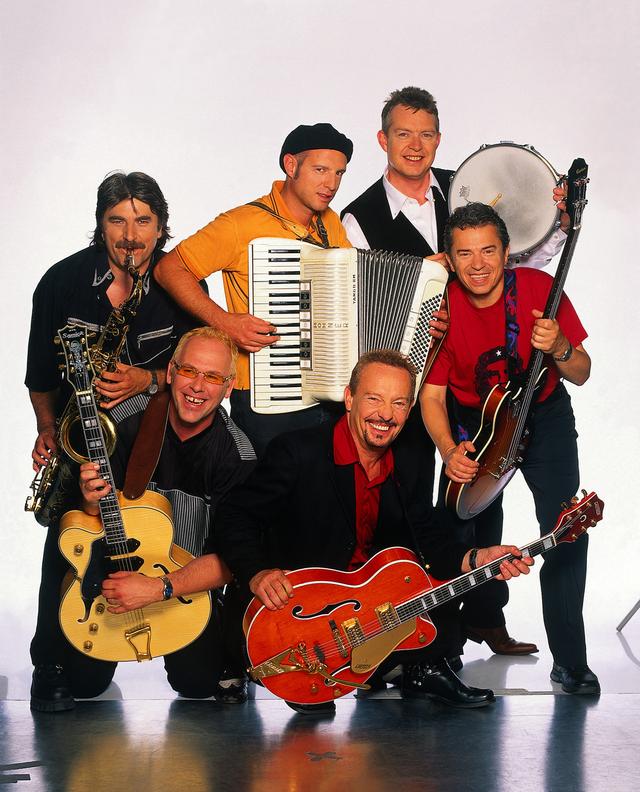 The Spider Murphy Gang is a German band from Munich best known for their greatest hit "Skandal im Sperrbezirk", which is a famous song of the Neue Deutsche Welle. It was founded in 1977 by bank clerk Günther Sigl, together with Gerhard Gmell ("Barny Murphy"), Michael Busse and Franz Trojan. Elements of the Bavarian German dialect are used in many songs. Their name is a reference to Elvis Presley's song, "Jailhouse Rock", in which a 'Spider Murphy' played the tenor saxophone. "Spider Murphy" is