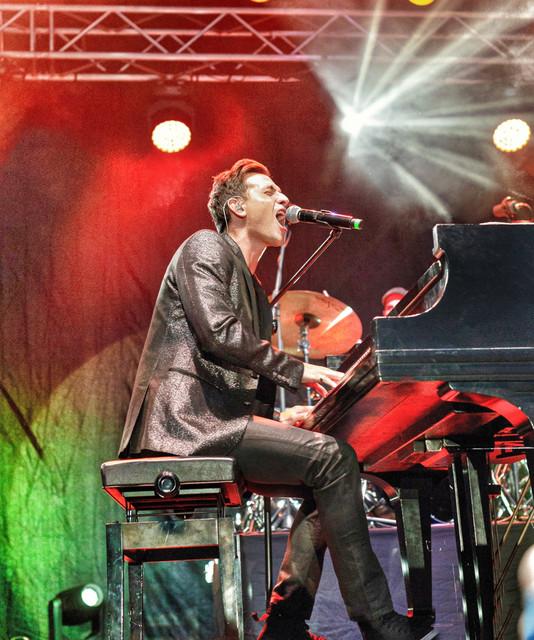 Peter Cincotti (born July 11, 1983) is an American singer-songwriter. He began playing piano at the age of three. While in high school, he regularly performed in clubs throughout Manhattan. In 2003, Cincotti's debut album, produced by Phil Ramone, reached No. 1 on the Billboard jazz chart, making Cincotti the youngest musician to do so. This led to performances at Carnegie Hall, Lincoln Center, Radio City Music Hall, L'Olympia, Queen Elizabeth Hall, and the Montreux Jazz Festival where he won an