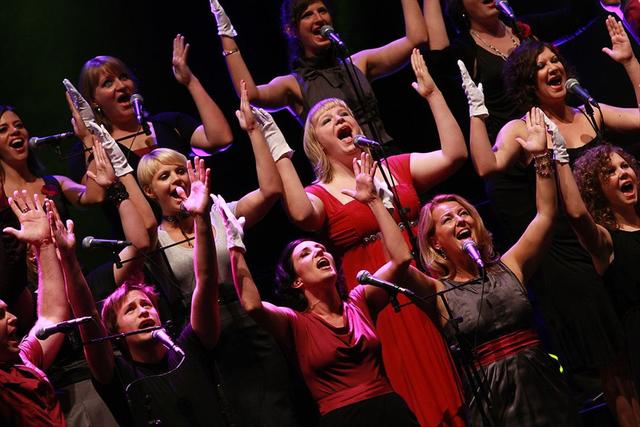 Perpetuum Jazzile is a Slovenian musical group best known for an a cappella version of Toto rock band's song Africa. The May 2009 video showing a live performance of this version has received close to 22 million views on YouTube.The group was founded in 1983 (1983) as Gaudeamus Chamber Choir and has always featured male and female singers. In 2013, there were 41 performers of whom 24 are female and 17 male. The group occasionally performs with the Slovenian Radio and Television Big Band though