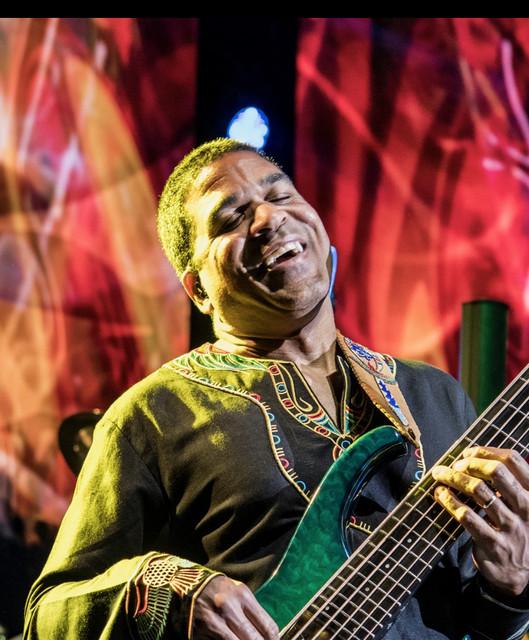 Oteil Burbridge is an American multi-instrumentalist, specializing on the bass guitar, trained in playing jazz and classical music from an early age. He has achieved fame primarily on bass guitar during the resurgence of the Allman Brothers Band from 1997 through 2014, and as a founding member of the band Dead & Company. Burbridge was also a founding member of The Aquarium Rescue Unit and Tedeschi Trucks Band, with whom his brother Kofi Burbridge was the keyboardist and flautist. He has worked