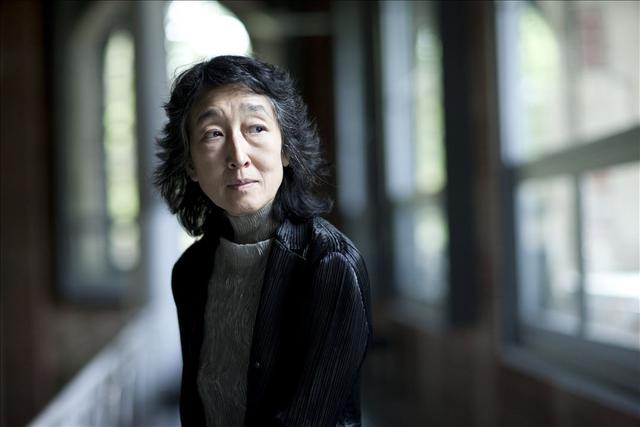 Dame Mitsuko Uchida, DBE (内田光子, [ɯtɕida miꜜtsɯ̥ko]; born 20 December 1948) is a classical pianist and conductor, born in Japan and naturalised in Britain, particularly noted for her interpretations of Mozart and Schubert. She has appeared with many notable orchestras, recorded a wide repertory with several labels, won numerous awards and honours (including Dame Commander of the Order of the British Empire in 2009) and is the Co-Artistic Director, with Jonathan Biss, of the Marlboro Music School