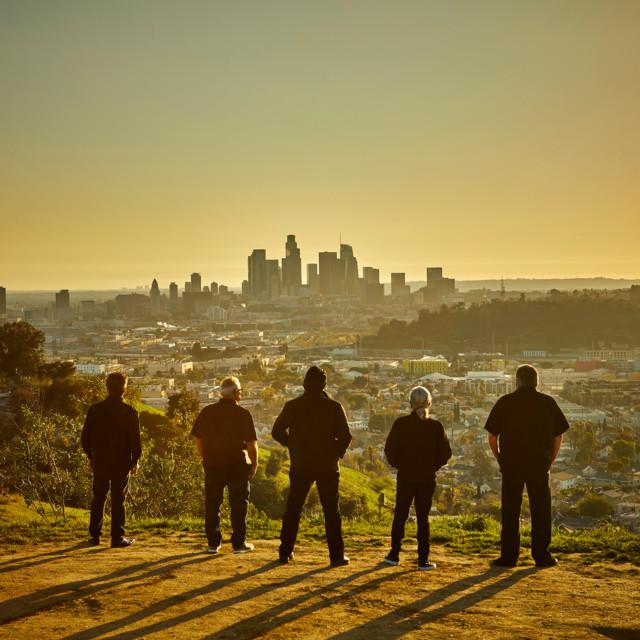 Los Lobos (pronounced [los ˈloβos], Spanish for "the Wolves") are an American rock band from East Los Angeles, California. Their music is influenced by rock and roll, Tex-Mex, country, zydeco, folk, R&B, blues, brown-eyed soul, and traditional music such as cumbia, boleros and norteños. The band rose to international stardom in 1987, when their version of Ritchie Valens' "La Bamba" topped the charts in the U.S., the UK, and several other countries. Songs by Los Lobos have been recorded by Elvis