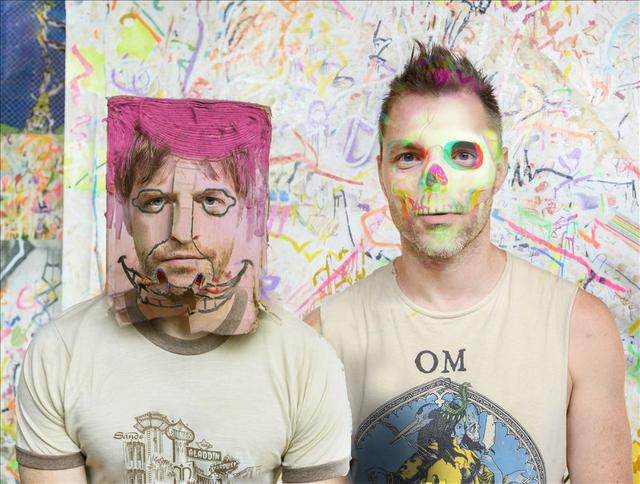 Lightning Bolt is an American noise rock duo from Providence, Rhode Island, composed of Brian Chippendale on drums and vocals and Brian Gibson on bass guitar. The band met and formed in 1994 as students of the Rhode Island School of Design. Lightning Bolt were listed 8th in Metacritic's Artists of the Decade 2000–09.Lightning Bolt are known for their guerrilla-style live performances, where they typically play on the ground rather than a stage, with the crowd gathered around them. The band's sou