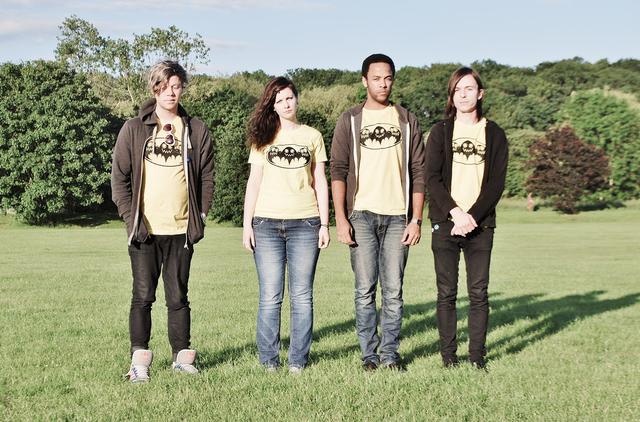 Johnny Foreigner are an indie rock four-piece from Birmingham, UK, consisting of guitarist and lead vocalist Alexei Berrow, bassist and vocalist Kelly Parker (née Southern), drummer Junior Elvis Washington Laidley, and guitarist and visual artist Lewes Herriot. The band released six albums, beginning with a self-release in 2005 and their full-studio debut Waited Up 'til It Was Light in 2008. They were last active in 2016, releasing the record Mono No Aware, touring it, and performing their fina