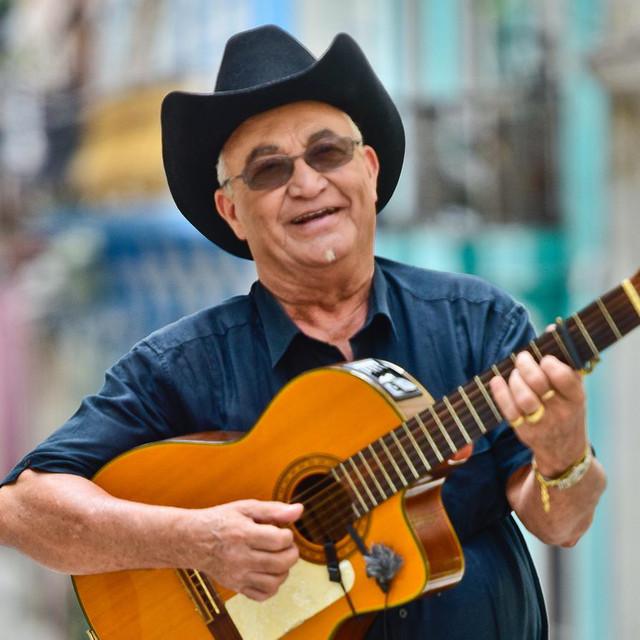 Eliades Ochoa Bustamante (born 22 June 1946) is a Cuban guitarist and singer from Loma de la Avispa, Songo La Maya in the east of the country near Santiago de Cuba.He began playing the guitar when he was six and in 1978 he was invited to join Cuarteto Patria, a group founded in 1939, as its leader. Although he looks like a guajiro, and he still wears his trademark cowboy hat, his roots are in the son, and he only agreed to take on the role of leader if he was allowed to introduce new elements to