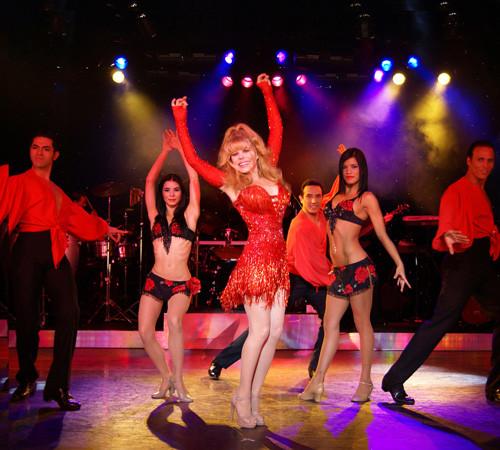 María Rosario Pilar Martínez Molina Baeza, professionally known by her stage name Charo, is a Spanish-American actress, singer, comedian, and flamenco guitarist. Charo began playing guitar at the age of nine and trained under the famed Andrés Segovia. In 1966, she married 65-year-old bandleader Xavier Cugat and moved to the United States with him. In the late 1960s and 1970s, she became a ubiquitous presence on American television, frequently appearing as a guest star on series such as Laugh-I