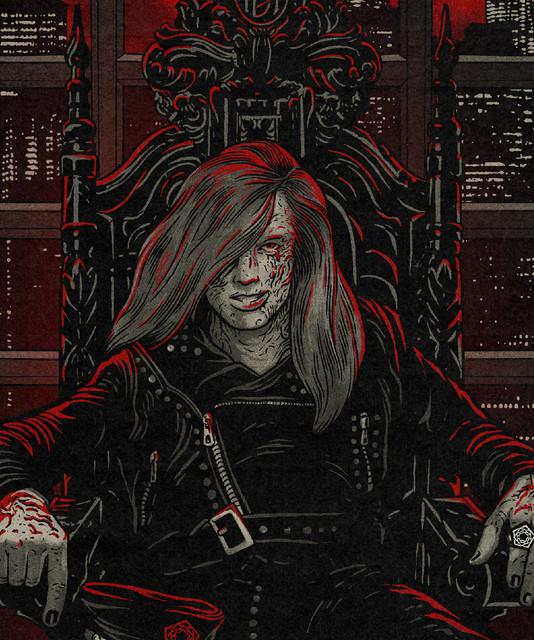 Franck Hueso, better known by his stage name Carpenter Brut, is a French darksynth artist from Poitiers, France. He has released three EPs, EP I (2012), EP II (2013) and EP III (2015) which were collected and released together as the album Trilogy (2015). He later released three additional studio albums, Leather Teeth (2018), Blood Machines OST (2020), and Leather Terror (2022) along with one live album, CarpenterBrutLive (2017). He has also contributed original music to a variety of soundtracks