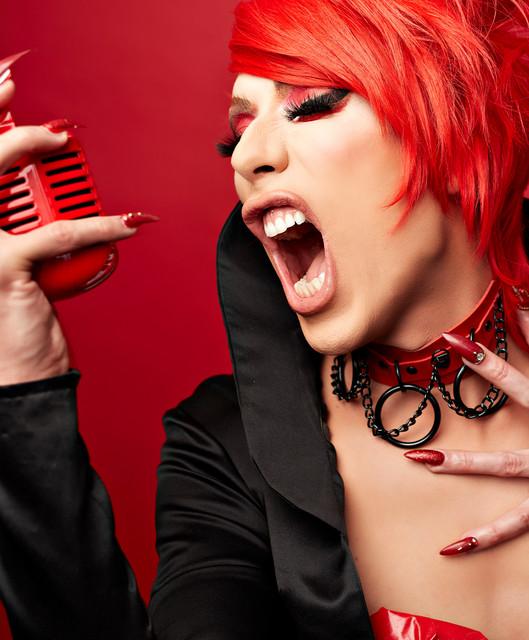 Justin Andrew Honard is an American drag queen and recording artist known by the stage name Alaska Thunderfuck 5000, primarily known mononymously as Alaska, from Erie, Pennsylvania. She is best known as the runner-up on the fifth season of RuPaul's Drag Race and the winner of the second season of RuPaul's Drag Race All Stars.Honard co-hosts the web series Bro'Laska alongside her brother, Corey Binney. Her first studio album, Anus, was released in 2015, followed by her second album, Poundcake, in