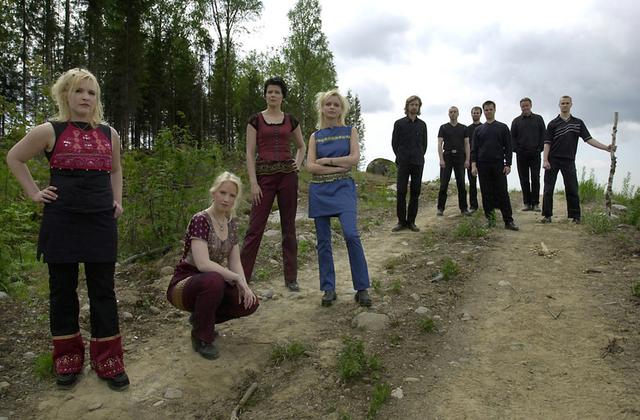 Värttinä (Finnish pronunciation: [ˈʋærtːinæ], meaning "spindle") is a Finnish folk music band that started as a project by Sari and Mari Kaasinen in 1983 in the village of Rääkkylä, in Karelia, the southeastern region of Finland. Many transformations have taken place in the band since then. Värttinä shot into fame with the release of their 1991 album Oi Dai. As of 2009, the band consists of three lead female vocalists supported by three acoustic musicians. The vocalists sing in the Karelian dial