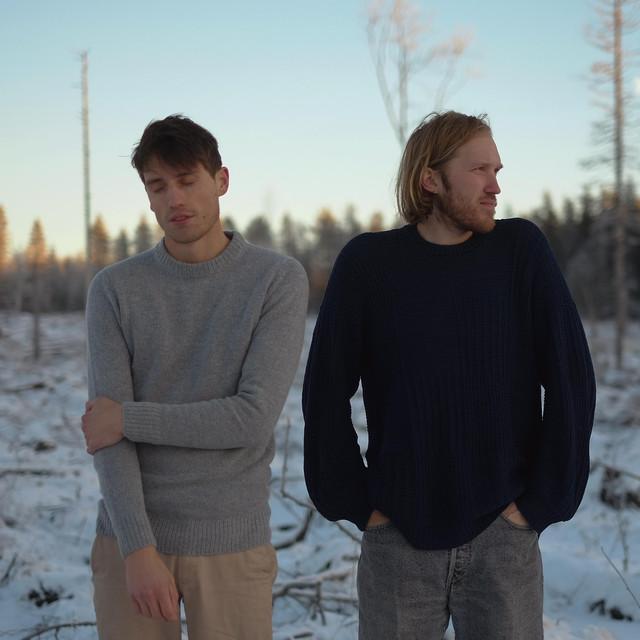 Gidge is Swedish electronic duo consisting of Ludvig Stolterman and Jonathan Nilsson. The two met at age 16 in high school. Their mutual interest in electronic music led to the founding of Gidge. The group released their debut album Autumn Bells in 2014. Ludvig Stolterman and Jonathan Nilsson are from Umeå, a town in northern Sweden. They claim their music is influenced by the Nordic environment, particularly the woods. The music is often recorded in the forest of Umeå and uses a mixture of el