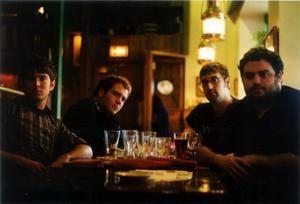 Fairweather is an American rock band from Virginia, United States. They have released three full-length albums on Equal Vision Records: If They Move...Kill Them (2001), Lusitania (2003) and Fairweather (2014). The band also released several demos and the Alaska EP. In March 2011, after an 8-year hiatus, Fairweather formally announced a reunion show. The reunion show took place May 14, 2011 at the Black Cat in Washington, DC. The band continued with further shows since the reunion and subsequen