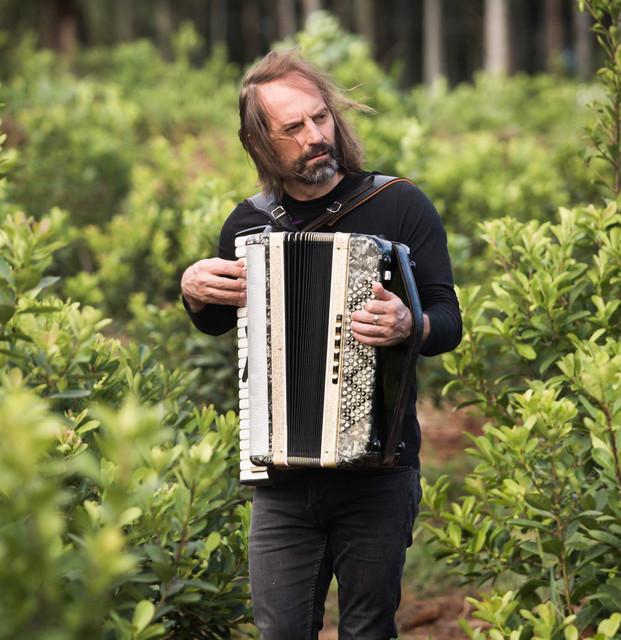 Horacio "Chango" Spasiuk (born September 23, 1968 in Apóstoles, Misiones) is an Argentine chamamé musician and accordion player. Of Ukrainian grandparents, El Chango had a strong Polka music influence from his early days; Eastern European musical influences were also already present in the chamamé music of the region. He had his first accordion at age 12, which he played at parties, weddings and other events with his father and uncle.